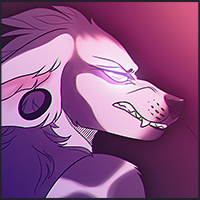 I have been Bedagi since 2012 and I feel like it's time for a change. I will now be going by Tau on both the chat and forums. Feel free to still call me any variation of Bedagi that you would like though if you prefer.

Some fun facts about the word Tau:
♥ Tau is the nineteenth letter in the Greek alphabet, as well as the nineteenth star in a constellation.
♥ In ancient times, Tau was used as a symbol for life or resurrection, whereas the eighth letter of the Greek alphabet, theta, was considered the symbol of death.
♥ Tau is an unstable subatomic particle of the lepton class, with a charge of −1 and a mass roughly 3,500 times that of the electron.
♥ Tau is a circle constant equal to 2π (6.28318...)

"Tau" is also a movie on Netflix that I found super interesting to watch.
https://www.youtube.com/watch?v=hYPqaGW0Uno
8 x