Regarding Rule #22/Character (C) and Permissions on a break.
for anyone trying to find me, my discord: iinzi#2963
Top 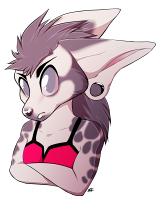 This has already been in effect for almost 4 months now, since the beginning of January. The only difference from the post made in January and the recent post is that January's post said it was a trial run to see how the community would take the change. We had no complaints for four months, not until now when we make a post stating that the change is no longer in the trial period.

Unfortunately, the majority vote of the community wanted this to happen which is why it was put into place. We can't please everyone sadly. We can only go with what the majority wants.
0 x 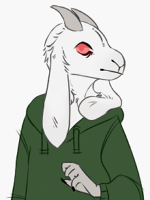 i was already aware this was in effect but was hoping the whole time that the trial run would be deemed a failure, and hoped that my concerns from the previous topic still held weight. i don't see why i would have needed to complain the whole time, my thoughts have stayed the same.

and again i don't see why a vote even makes sense in this instance. why have the entire community vote on a rule that only really impacts a small niche part of the community? of course the artists will be outnumbered.
0 x 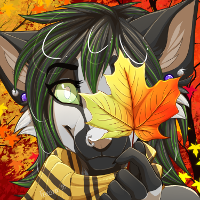 I'm... very in the middle on this, primarily because the majority of online communities don't enforce this to the degree that WH has in the past and are able to function and monitor artwork just fine, but at the same time, we are a small enough community that it is beneficial to have it in place.
0 x

May your soul be overgrown with moss.
May your veins fill with rainwater and your lungs swell with flowers.
7 ♦ 25 ♦ 19
Top 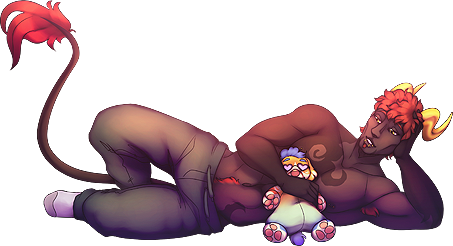 anoruk wrote:and again i don't see why a vote even makes sense in this instance. why have the entire community vote on a rule that only really impacts a small niche part of the community? of course the artists will be outnumbered.

I was going to say something like this but wasn't exactly sure how. Why have an entire community vote when it only impacts part of it; of course people who are only here to sell characters/ other art will vote copyrights aren't needed, it's less work for them.
I can't really think of a good "It's like taking a poll to see if ______ but anyone can vote on it instead of only the people it's actually affecting" analogy or whatever. When I think of one... I'll be back
0 x
╭_________________(

to avoid the obvious political analogies... its like having all the animals at a zoo vote to see if they should shrink the elephants' enclosure or smthn.
0 x 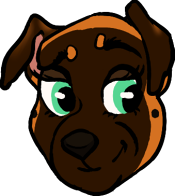 anoruk wrote:to avoid the obvious political analogies... its like having all the animals at a zoo vote to see if they should shrink the elephants' enclosure or smthn.

anoruk wrote:to avoid the obvious political analogies... its like having all the animals at a zoo vote to see if they should shrink the elephants' enclosure or smthn.

The margin of the vote was small. Only 9% from the half mark. I don't feel that 9% is such a big difference to initiate a change.

While I do understand that there was a trial period for this and the trial went smoothly, I feel that the users did not fully realize or were not fully aware of the trial run and what it would result in.
0 x
Life's a bitch, so if it's easy, you're doing it wrong.

I think the "we didn't know" isn't applicable in this situation, since it was posted publicly and people did vote on it regardless of the amount, and we've had to handle debates and such like this before, we don't need 432 different ways to decide rules, choose one and you're done, literally this is a democracy choice. Also, almost every person is an artist on this site as well, to be quite honest.
There was a four month trial period, users and artists were able to view and see the information, just because they forgot or didn't take the initiative, or didn't realize it was a "real thing" isn't.. a reason, it was made as a rule that would happen. Granted, no, it wasn't broadcasted every week, it was a trial period to see if things went smoothly as if normal, which would entail no wild broadcast about it since.. that'd be out of the ordinary, but it was posted about originally, and it was brought to attention when the rule was changed, so users were able and made aware of it, even if they chose not too / to ignore it. The only reason people are having an uproar is because it's been made a rule, when anyone could have expressed, utilized, or noticed more ToS breaks during the trial, which, I don't know if happened or not. Would it be alright to get a percentage of how many reports the administration gets a month regarding ToS breaks? Before and during the trial run? eyes administration

In regards to credits, I understand, I list credits regardless and will continue too since I like knowing where the artwork comes from for future commissions, and wanting to see artist's artwork, and know who made it. However, in regards to permissions, it's become a problem to obtain them, contact artists that are also not just on Wolfhome / Wolfhome Forums, and many people are placed on blacklists without being made aware of being on said blacklist, which isn't allowed, legally, so do you see the intertwining problem with permissions? There's no real proof anyone is or isn't lying, falsifying their posts, and it's literally just filling a grey area with a "possibility of", in which users (and artists) would need to contact and report, which is what this rule asks people to do, and what you was already supposed to do, which is take the initiative and report when you see a bad sale, just like a normal citizen would do when going to the police, and you would require to provide proof. If an administrator notices a bad sale or ToS break, they already handle it, or they'll already bring it to attention in the admin boards, it's literally they just won't be posting on topics anymore or witch-hunting for it. If you see someone who requires credits on their artwork, report the topic to an administrator with proof, and they're required to list copyrights, since a artist's ToS is considered the only ToS that matters, unless given special permission from the original artist, I hate to break that to the administration. It's never been considered Art Theft in the past, and always a ToS break, there's no change to that. Art Theft is when someone has obtained the artwork by either tracing, stealing, or copying.
Not to mention that obtaining permissions outside Wolfhome, isn't required for most objects/products/purchases when reselling it.

if the issue is providing proof of a bad sale / ToS break, then unfortunately you're shit out of luck, unfortunately proof or evidene is needed, that's only fair, for both sides.

In regards to the "it's only effecting artists!" with the artists being the only ones to vote, I have to disagree, who gets handled on the accounts, who posts the topics? who contacts and obtains and purchases artwork and/or character? Sorry, I invest a lot of money into these characters and artwork, and while I'm not the creator or their hand, my pay out matters just as much since I'm effected as well since I invest time, money and emotion into everything I purchase, but giving it up I admit that it's a business deal and let go of it.
0 x i would like to state again that even with this rule gone, you are still required to gain permission to sell someone else's art. its not like that's gone. so your argument that gaining permission has become a hassle only further proves my point that the main reason anyone would want to get rid of the rule is to break the rules by bypassing gaining permission and to get away with it.

and no matter how much time and money you spend buying other peoples artwork, ignoring their tos's or just completely trying to bypass the permission gaining process is extremely insulting and disrespectful. if you truly respect the artists you purchase from, and are still paying attention to and obeying their ToS's, the only way this rule change should effect you is that you no longer need to credit the artists and no longer need to write one single line on your resale topics. if its more of a change than that to you, and you think that the process is no longer the hassle that it was before, then you're probably breaking the rules.

also i would like to say that in the time i had spent as a forum moderator, ive seen rule 22 reminders stop many trades/sales before- ones that were most likely not allowed to happen in the first place. so its not like it was a useless rule. it held weight. and it wasn't witch hunting, nobody was scouring ToS's to make sure everything held true, it was just a simple, "hey, make sure you're respecting the artists who made this art!"
0 x

I couldnt agree with anoruk even more

You're trying to profit off of someones elses work, just give them
the simple credit they deserve by stating they made that.

If you're trying to avoid the answer, no. Well than by purchasing their work you automatically agreed to their tos/tou soooo
0 x
Top

I mean just because something was posted publicly doesn't mean someone is going to see it. Are you saying all users should be active daily constantly checking every board so they don't possibly miss something? That is extremely unfair. TBH unless the staff announces it somehow I probably won't see it. So it is a reason. People are having an "uproar" because they dislike something and are now taking the time to voice their opinions. Just because it wasn't voiced before doesn't mean it wasn't a valid concern?

I just feel Wolfhome Administration is catering to themselves and sellers instead of the people actually affected - artists. There is no problem with permissions when - if you can't find the artist - all you have to do is ask. Ask on here, ask on FurAffinity (they have a forums, too), deviantART, etc. It isn't that hard. How are artists supposed to enforce their rules of wanting people to place copyrights when their TOS is old or the art is old? You can't edit them, so it just plays into the hand of sellers, yet again. Right now artists would have to scramble to update for future art, but what about previous? The rule was in place to protect them and so they didn't have to place it in their TOS before.

It favours sellers over artists which isn't cool. As Anoruk said, it comes down to respect as well as not being lazy.
0 x